REVIEW: A Woman of War by Mandy Robotham 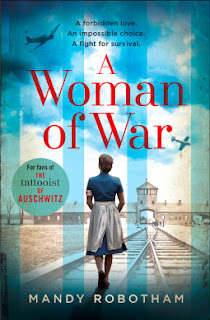 A Woman of War
by Mandy Robotham

How got: Free from publisher via NetGalley

Taken from the camps to serve the Führer himself, Anke Hoff is assigned as midwife to one of Hitler’s inner circle. If she refuses, her family will die.

Torn between her duty as a caregiver and her hatred for the Nazi regime, Anke is swept into a life unlike anything she’s ever known – and she discovers that many of those at the Berghof are just as trapped as she is. And soon, she’s falling for a man who will make her world more complicated still…

Before long, the couple is faced with an impossible choice – and the consequences could be deadly. Can their forbidden love survive the horrors of war? And, more importantly, will they?

Star Rating - 3.5
Note: Book received for free from publisher via NetGalley in exchange for an honest review.

What would have happened if Hitler had a kid? I’m sure that phrase pings a lot of interest for a lot of folks, myself included. So consider me intrigued when I got offered the opportunity to read/review this title. We follow Anke as she’s plucked from the horrors of the Holocaust to help care for and deliver Eva Braun’s child, all the while dealing with certain personages of Hitler’s inner circle and the politics of her odd situation.

As the book went along, it developed some issues I had a hard time with, but they never detracted from my enjoyment of Anke’s journey. She’s an incredible character with enormous strength of character and will, willing to take large risks to ease the burden of those under her care. I enjoyed her unwillingness to be cowed by Nazi officials, even those with the power to send her back to the hell she was pulled from or even kill her outright.

Her romantic connection to ­­­­­­­­­­­­­­­­­Dieter made for a sweet subplot. An SS officer with certain reservations about government policies and acting in small ways to counteract them was a nice gel with Anke. I pictured a Kurt Gerstein sort of figure, a man caught in a horrible scenario with few ways out and limited room to move.

I also found the history and midwife tidbits the author included interesting. Though they could be graphic in places and made me squirm, the details of childbirth and all involved really made me picture Anke, her character, and profession better. I also loved getting a window into the precarious life of Hitler’s inner sanctum home. Staff members, guards, and inner circle heavy weights played their parts in the scheming for places on top or just for survival.

Now for those issues I mentioned. I know the last few paragraphs extol the many virtues of this title and deservedly so. However, there are some problems that either irritated me, made me raise my eyebrow in disbelief, or just plain sour me.

The first problem is the premise of the book. The idea of a gal being stuck in the world of Nazi politics while trying to deliver the child of the Fuhrer was intriguing. However, my issue arises from where they pulled her from. I guess I have a hard time believing, no matter who wanted the child or not, that a random midwife from a concentration camp would be pulled to take care of this very politically charged scenario. While Anke is a good midwife, no where does it give an explanation why she was the one picked rather than another random midwife or even a sanctified Nazi midwife. This is especially given Anke’s personal and family history of anti-Nazi activity. The whole situation was my main issue with the premise.

Then there’s also the ending. I don’t want to go too far into things and give anything away. Yet, let’s just say that things are wrapped up, warp-speed! A ton of story threads are wrapped up in an epilogue that consists mainly of “this happened, then this happened, then this…”. I never really felt like I got to say goodbye to any of these people or situations properly. To me, it felt like there was at 2 or more chapters of story to tell to gather all the threads up to a satisfying conclusion.

However despite those two issues I had, ultimately I enjoyed this look into Nazi inner politics and seeing Anke grow as a woman and professional. As I’ve mentioned, I loved her journey and felt very connected to her as she went through these trying times. If those two issues hadn’t arisen, I’d feel very comfortable giving this a firm 5 stars. However, they do, so it’s a 3.5 rounded up to a 4 for me. Definitely give this a look, though, it’s a great journey despite the flaws.

The Stolen Crown: The Secret Marriage that Forever Changed the Fate of England
by Susan Higginbotham
tagged: currently-reading

The Chosen Queen
by Joanna Courtney
tagged: most-anticipated-of-2015 and currently-reading 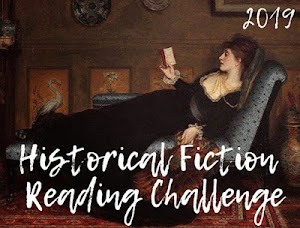